Use Sportal365’s widgets to display various sports information and allow users to engage, and interact with the platform.

To add an InStat: Team comparison block to a post: 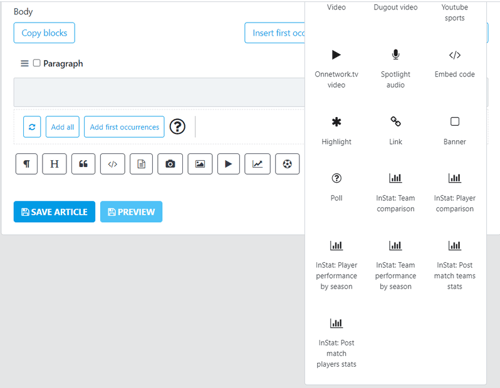 4. Select a Tournament-->Season-->Team for each team you want to compare. 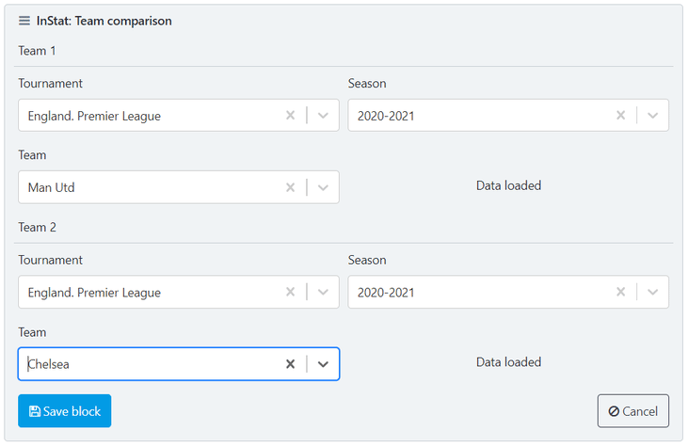 Note that you can compare different teams from different tournaments and seasons.